A hysteroscopy is a medical procedure that is carried out to diagnose and treat problems linked to a female’s uterus or womb. The procedure is carried out with a thin, telescope-like camera inserted into the uterus via the vagina. The camera has a light on the end and is known as hysteroscopy.

A female cannot undergo hysteroscopy if she is having her period. Hysteroscopy is generally performed in a hospital or in a doctor’s clinic and does not require the female to stay overnight at the hospital. The female is discharged after a hysteroscopy procedure and is able to go home shortly after the procedure has been completed. A hysteroscopy is a safe procedure with rare cases of complications.

What is a hysteroscopy?

What is Diagnostic hysteroscopy (D&C)?

Diagnostic hysteroscopy is performed in order to diagnose the abnormalities and problems of the uterus. This procedure can also be used to confirm the results of other tests, such as hysterosalpingography (HSG), an X-ray dye test which is used to diagnose and check the uterus and fallopian tubes of the female. Diagnostic hysteroscopy is often be performed in one sitting.

Moreover, hysteroscopy can be used along with other procedures like laparoscopy or before procedures like dilation and curettage (D&C). In the laparoscopic procedures, the doctor inserts a thin tube with a fiber-optic camera on its top, known as the endoscope, into the abdomen of the patient to observe the outside of the uterus, ovaries and fallopian tubes. The endoscope is inserted inside the patient through an incision which is made through or below the patient’s navel.

What is Therapeutic hysteroscopy?

When is Operative Hysteroscopy used?

Hysteroscopy is performed to correct the following uterine conditions in a female:

When is hysteroscopy needed?

The doctor may recommend undergoing hysteroscopy after the first week after the patient’s period cycle. At this time, the doctor will be able to have the best view of the inside of the uterus. Hysteroscopy is also carried out in order to determine the reason behind unexplained bleeding or spotting in after menopause in women.

Who can undergo Hysteroscopy?

Even though there are many benefits linked to hysteroscopy, but, it may not be suggested to some patients. The doctor makes a proper examination of the patient to make sure if she is fit to undergo hysteroscopy or not.

What is the procedure of hysteroscopy?

Before the procedure, the doctor may give the female a sedative to help her relax and remain comfortable during the procedure. The procedure takes place in the order mentioned below:

Is Hysteroscopy a safe procedure?

What to expect after a hysteroscopy?

If local or general anesthesia is given to the patient during the hysteroscopy, the doctor will advise the patient to remain in the hospital under observation for several hours. After the procedure, the female may have mild cramping or slight vaginal bleeding for one or two days. The female may also have shoulder pain in case the gas was used during the hysteroscopy. It is also usual to feel faint nauseous or sick. In case the patient has other symptoms as the ones mentioned below, it is suggested to consult your doctor:

Hysteroscopy is generally a minor safe and surgery and does not require the patient to stay overnight in the hospital. However, in some cases, if the doctor observes complications or reactions with anesthesia, an overnight stay may be suggested for better recovery and care. 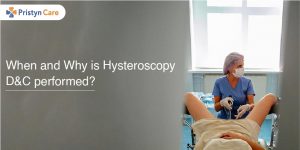 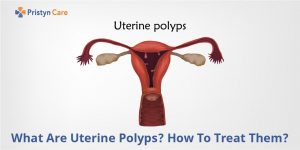 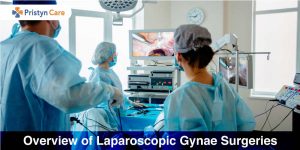 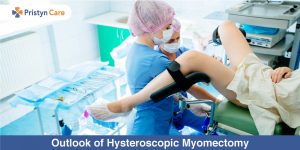 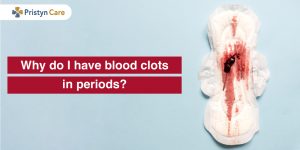 Why do I have blood clots in periods? 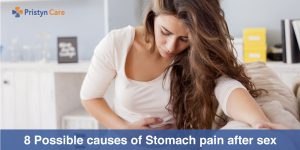