Blog > MedTech > Laser > I didn’t have to do anything, they took care of everything – Rahul

I didn’t have to do anything, they took care of everything – Rahul

The following story is shared by Rahul, one of the patients from Pristyn Care who have successfully undergone piles laser surgery.

I developed piles around four years ago. In the beginning, I didn’t pay much attention to it and started using some over-the-counter ointments and medicines, like hemorrhoid creams, and they seemed to help with the pain.

A couple of months later, because of the bleeding, I decided to see a doctor. I went to a general physician, who further referred me to a colorectal clinic. There, I was given more medication, more creams, and ointments. I was administered an injection of some oil that was supposed to reduce the bleeding.

The creams and medicines did their job for some months. I thought the problem was cured and I’m healthy until I experienced bleeding and immense pain again. The situation got a lot worse than before. The pain was constant, it was there all the time. Going to the toilet, sitting and getting back up, walking, almost every motion of my body used to hurt. There were numerous times when I thought I couldn’t go to work or come back from work because I was in so much pain, and I had to take many leaves because of this as well.

Piles was not improving, which interrupted my daily life.

Going out with friends and family for holidays or even hanging out on weekends became a nightmare. I used to cancel all plans, and bail on everyone because I knew how uncomfortable I was going to be. I had to carry sufficient cream everywhere I went, and I started keeping a spare change of clothes with me all the time in case of bleeding.

After a few weeks of this, I began staying constipated. This could have been because of my discomfort, or the fact that I was not able to relieve myself properly because of the piles.

I had by then reached a point where I started considering surgery. I had become desperate. I had been dealing with piles for over a year and a half, and it had affected my personal and professional life badly. All I wanted now was to get rid of it.

I started researching online for treatment options and asking around from some trusted acquaintances about good hospitals and medical facilities for my treatment. This is when I was referred to Prystin Care. I made a call and booked and booked an appointment for the next day.

When I reached there, I was not made to wait much longer. I met with the doctor and he asked questions about my medical history and my condition. Then I was examined physically. The doctor told me about a treatment option involving a surgery that was quick, painless, and required no stitches. I readily agreed and a date was fixed for the surgery two days later.

On the day of the surgery, a car from the hospital came home to pick me up. When I reached the hospital, I was admitted for surgery and was explained the procedure of the surgery by a nurse. Before the surgery, I was given anesthesia, and when I gained consciousness, the surgery was done. It didn’t take more than a couple of hours. The surgery caused no pain, and I didn’t get any stitches.

I stayed in the hospital for a couple days. My Care Buddy was with me the entire time and he supported me emotionally and physically throughout my recovery. Everything went so smoothly that after the weekend, I was good to go and continue my routine work and job. I was sent home after three days, and the drop service was pre-arranged by the hospital.

I went for a follow-up the next week, which was absolutely free. The doctor examined me physically and told me I was recovering well. I was given some instructions about my diet and routine to follow in the coming days.

I am glad I chose Pristyn Care

I continued with my routine in a few days. Now it has been over six months since the surgery and I have never experienced any hint of piles at all. I cannot explain how satisfied and relieved I am because of my choice of going to Pristyn Care. I had been looking for ways to get rid of piles since over a year and tried nearly everything, but the team at Pristyn Care solved my crisis in a matter of days.

Tympanoplasty from a doctors desk

“Pristyn Care is excellent towards its services” – Vamsi Krishna 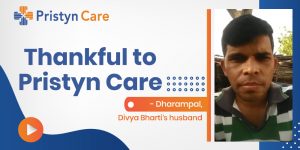 “Thanks to entire team of Pristyn Care, my wife is doing fine now” says Dharampal

“My grade 3 Piles got cured with Laser surgery suggested by Dr. Naveen”, Kartik 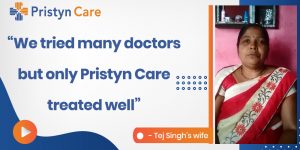 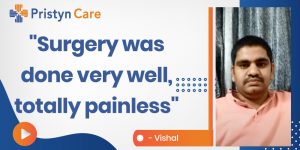 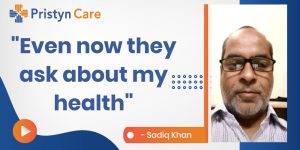 Even now, they ask about my health – Sadiq Khan from Gwalior 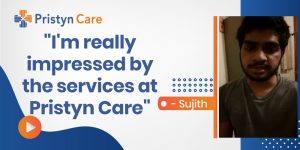 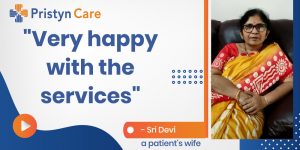 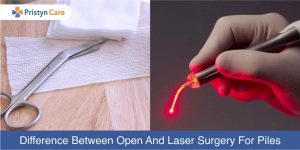 Difference Between Open And Laser Surgery For Piles

Story Of Kaveri: Her Journey Of Permanent Treatment From Painful Piles
×
×