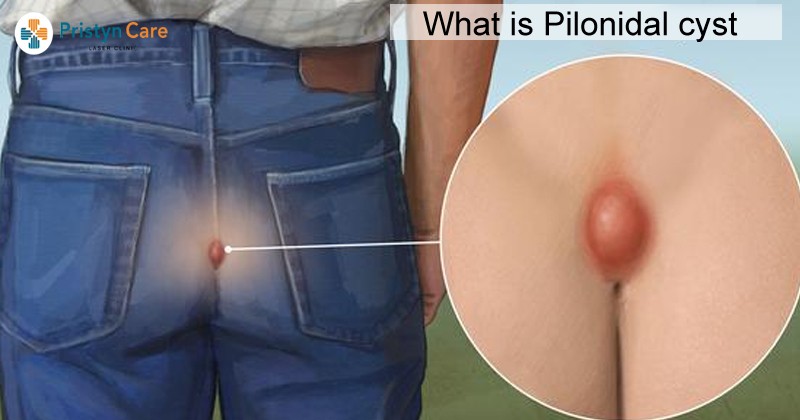 A pilonidal cyst, or a sacrococcygeal fistula, is a little hole under the skin close to the natal cleft. The exact reason for this problem isn’t known, but it is believed to be a grouping of changing hormones, hair growth, and friction from clothes or from sitting for a long time.

Most pilonidal cysts are caused by free hairs that break in the skin. Friction and pressure, skin rubbing against skin, bicycling, tight clothing, long periods of sitting or some other factors push the hair down into the skin. The body responds to the hair as a foreign substance and forms a cyst around the hair.

This is the starting point for the development of pilonidal cysts. There is the possibility of getting multiple holes that may develop and may be connected by small “estuaries.”

A pilonidal cyst is normally harmless and may not even be noticeable in the early stages. But, the problem arises when it gets infected as there is always a risk of it getting infected. Once it becomes infected, it may cause normal to severe pain and discomfort to the patient. The sinuses get filled with fluid which then forms the pilonidal abscess. In case, the infection becomes worse, the abscess may start leaking a foul-smelling liquid and the patient feels pain in the affected area. The most common reason for an infection is the normal skin bacteria entering the opening on the surface of the cyst.

The good news for pilonidal cyst patients is that there are several options available for their treatment. Some patients opt to get them surgically removed or drained, and some choose to let them heal on their own or with the help of some home remedies. 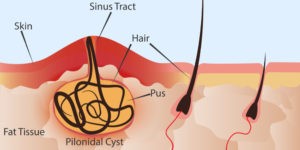 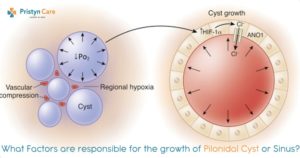 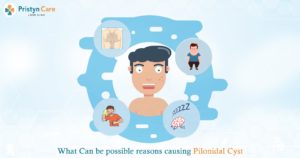 How to care when you are suffering from Pilonidal Sinus? 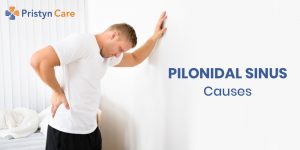 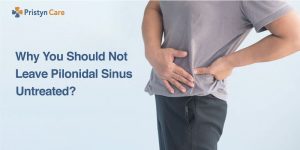 Why You Should Not Leave Pilonidal Sinus Untreated? 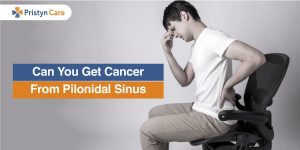 Can You Get Cancer From Pilonidal Sinus? 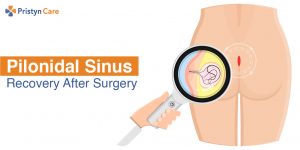