Pristyn Care is a Multi- speciality healthcare provider which aims to deliver a hassle free surgical experience to all patients by leveraging technology, and a set of advanced operations and powerful processes.

What is female infertility?

Infertility is defined as the inability of a woman to get pregnant even after having frequent intercourses for at least a year. Most couple indulge in unprotected sex 2-3 times a week to be able to conceive. But, when pregnancy does not occur even after one year, and after diagnosis, the woman is confirmed to have a certain problem, she should get treated or seek medical help. It is important to note that female infertility is not always the reason for the woman not getting pregnant infertility can be a result from problems in the man, the woman, or both the partners. A woman should not be considered infertile without proper medical diagnosis. To understand if a woman is infertile or not, proper diagnosis is of utmost importance.

Infertility is a common phenomenon and it is increasing with the changing lifestyle and habits . According to a report by the Indian Society of Assisted Reproduction, 10-14% of the Indian population suffers from infertility. According to some estimates, this amounts to roughly one in every six couples in urban India.

Inability to get pregnant 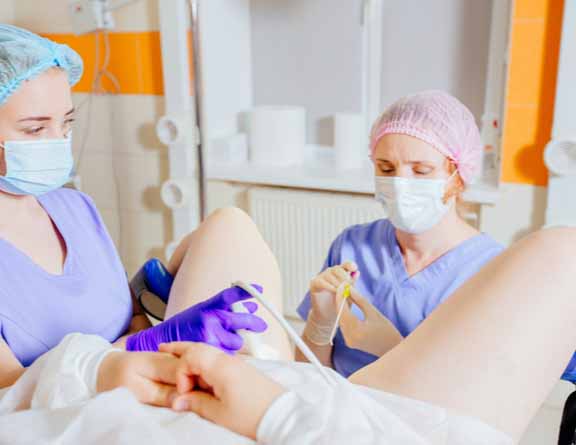 If you are unable to conceive after regular unprotected sex for more than a year, seek medical help. To confirm infertility, and to help you with the best treatment, the doctor needs to do a few tests. This may include ovulation testing, a blood test, hysterosalpingography, ovarian reserve testing, hormone testing. Besides these, the doctor will also need to do imaging tests to look for any uterine or fallopian tube disease. A laparoscopic test can also help the doctor to identify endometriosis, blockages or any other abnormalities in the fallopian tubes, ovaries or uterus.

The treatment will depend on the evaluation of the infertility. Depending on the cause, the doctor might suggest medication or surgery.

When medications fail, the doctor might suggest you to undergo surgical treatments where matured eggs are harvested after fertility drug treatment. This includes Intrauterine insemination (IUI) and In vitro fertilization (IVF).

Gurgaon Nearby Cities Where We Also Provide Consultation For Female-infertility

Get treated for female infertility at Pristyn Care Gurgaon

Female infertility contributes to almost two third of fertility cases in India. The key is to understand the common causes of female infertility and know how to identify them. In women over 35 years, age is the most prevalent cause for female infertility. But in recent times, PCOS has emerged to be another common reason for female infertility. You need to seek the best and the efficient medical help to find out the underlying cause and get treated in time. Pristyn Care in Gurgaon is a pioneering and reliable clinic which has over the years accomplished a successful journey of helping many couples achieve pregnancy. At Pristyn Care, Gurgaon clinic, you can get in touch with some of the best doctors who can help you embark on this beautiful journey of motherhood and parenting.