What is carpal tunnel syndrome?

Carpal tunnel syndrome, also known as median nerve compression, is a condition affecting the hand, which causes tingling, numbness or weakness in the hand or wrist. The median nerve is located on the palm side of your hand which is also known as the carpal tunnel. The median nerve is responsible for providing sensation to the thumb, the index finger, and parts of the ring finger. The nerve is responsible for the muscle going to the thumb. Carpal tunnel syndrome can occur in any or both of your hands. 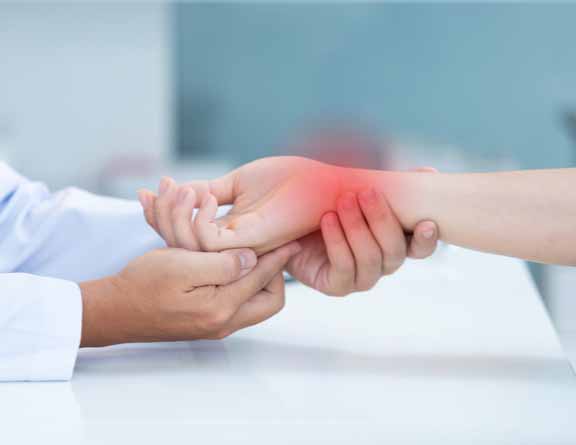 How does the Orthopedic doctor diagnose Carpal tunnel?

A doctor can diagnose a carpal tunnel syndrome by doing a physical examination and tests called nerve conduction studies. The physical examination may include a thorough evaluation of your hand, shoulder, wrist, neck or any other parts that can cause pressure in the nerve. The doctor may also check if there is any tenderness or swelling in the wrist. The doctor may further check the sensation of the fingers and the strength of the muscles in your hand.

How is Carpal Tunnel Release performed?

To relieve the symptoms of carpal tunnel syndrome, the doctor conducts a surgery called Carpal Tunnel Release surgery. During a carpal tunnel release or surgery, the surgeon cuts through the ligament that is pressing down on the carpal tunnel. This makes more room for the median nerve and tendons passing through the tunnel, and usually improves pain and function.

In Our Doctor's Word 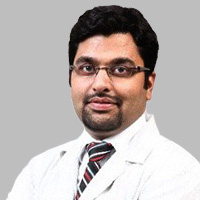 "The prevalence of Carpal Tunnel Syndrome is 2.7% to 5.8% in general population. In Inida alone, there are several people suffering from Carpel Tunnel Syndrome and most of them kleep delaying their treatment because of some misconceptions. But the truth is, most of the cases can be treated with the help of medications, surgery and physiotherapy. But, since patients do not approach us on time, the delay severs the condition and makes difficulty to treat. See, the symptoms usually begin through an abnormal pain or swelling around your wrist. If you are experiencing any, do not wait for it to get worse/ self diagnose. See a specialist as soon as possible., because they are the one who can really treat or cure your condition."

Can carpal tunnel syndrome be cured without surgery?

If diagnosed and treated early, the symptoms of carpal tunnel syndrome can often be relieved without surgery. If your diagnosis is uncertain or if your symptoms are mild, your doctor will recommend nonsurgical treatment first.

In most cases, the patient gets relief from the symptoms with timely treatment and certain lifestyle changes. But, if left untreated, carpal tunnel syndrome can be dangerous and may lead to weakness and lack of coordination in your fingers and thumb.

An orthopedic doctor treats carpal tunnel syndrome. Orthopedic doctors specialize in the prevention, diagnosis, and treatment of disorders of the bones, joints, ligaments, tendons and muscles.

Where can I consult the best orthopedic surgeon for carpal tunnel surgery in Delhi?

As discussed previously, CTS being a progressive condition requires prompt treatment, based on how severe the condition and symptoms are. Patients with mild symptoms can find short-term relief from ayurvedic treatment for CTS. However, patients with severe carpal tunnel syndrome need a more medically advanced treatment approach, which may include use of steroid injections, wearing a wrist brace, or surgery (when no other treatment can help).

How long is the carpal tunnel surgery incision?

Open surgery for CTS requires a long incision of 2 inches. However, endoscopic carpal tunnel release surgery, which is a less invasive technique to release pressure off the median vein requires two small incisions of about ½ an inch each.

How much does carpal tunnel syndrome treatment cost?

Carpal tunnel syndrome treatment cost will widely vary, depending on the severity of the conditions and the treatment chosen. Nonsurgical treatment options for carpal tunnel syndrome which mainly includes medications, wearing splits, wearing a wrist brace, physiotherapy are usually not very expensive. Surgery, if recommended, can cost from Rs. 25,000 to Rs. 70,000 depending on the type of surgery, physiotherapy, medications and the general expenses of the hospital and surgeon.

Where would I feel carpal tunnel pain?

Carpal tunnel syndrome affects the hand and wrist. Carpal tunnel pain is usually felt worse in the thumb, index and middle fingers. Severe CTS can cause pain in the whole hand. The patient may also have pain running up the arm to the shoulder and neck. In some cases, CTS can affect both hands, which can cause symptoms and pain in both the hands.

What is a carpal tunnel?

What are the most common causes of carpal tunnel syndrome (CTS)?

Carpal tunnel syndrome is caused by compression of the median nerve. Pregnant women and people with conditions like diabetes, osteoporosis, rheumatoid arthritis, underactive thyroid, and certain forms of amyloidosis are at increased risk of developing CTS.

People who indulge in repetitive forceful movements involving the wrist and people who use computer keyboards with improper positioning of the hand are also at a risk of CTS. Prolonged exposure to vibrations (such as by using some power tools) is also believed to cause carpal tunnel syndrome. However, in some cases, the cause of CTS cannot be determined.

When can I drive after carpal tunnel surgery?

Driving is not recommended for about 1 to 2 weeks after carpal tunnel surgery.

When can I return to work and normal life after carpal tunnel surgery?

After surgery, there are no restrictions on activities. However, heavy gripping and lifting may cause pain for several days or weeks. As with all surgical procedures, specific recovery time varies by patient and demand.

What is the goal of carpal tunnel surgery?

To relieve the symptoms of carpal tunnel syndrome, an orthopedic doctor performs a surgery. The goal of carpal tunnel surgery is to reduce pain, swelling and pressure on the median nerve. This surgery is performed in a hospital operating room under the influence of general or local anaesthesia on an outpatient basis.

What are the best treatment options available for carpal tunnel syndrome in Delhi?

To choose the best treatment alternate, a physical evaluation of the hand is done, and a customized treatment plan is formulated. The treatment is usually begun with non-surgical non-invasive methods, which may include non-steroidal anti-inflammatory drugs, steroidal injections, wrist braces or wrist splints, ice packs, and physiotherapy. But such alternates often fail to address the underlying cause, and the symptoms may reappear after a while. Also, if the diagnosis is made at a later stage, such methods will not prove to be effective. Then, the most appropriate treatment for carpal tunnel syndrome is carpal tunnel release surgery.

Carpal tunnel release surgery is a minimally invasive surgical method that aims to decompress the nerves that had been compressed in the carpal tunnel. The surgery is highly effective in treating carpal tunnel syndrome as it addresses the underlying issue, hence, eliminating all symptoms.

The surgery is minimally invasive and aims to release the pressure on the median nerve. The surgery makes use of an endoscope, which involves a flexible, thin tube that has a camera attached at its end. A small incision is made on the risk and the endoscope is inserted through it. This helps the surgeon to visualize the internal structure without a large incision. When the ligament is located, a tiny cutting tool is inserted to release the ligament. This, in turn, releases the pressure on the median nerve and eliminates the symptoms of carpal tunnel syndrome.

Are there any risks and complications related to carpal tunnel syndrome surgery?

Most patients don’t experience any complications and risks after a carpal tunnel release surgery. However, just like any other surgical procedure, the possibility of complications is not inevitable.

Some specific risks associated with carpal tunnel release surgery are as follows.

As said, in most cases, no such complications are seen. But every patient has a different situation. Discuss the risks associated with carpal tunnel release surgery in your particular situation with your orthopedic surgeon in precise detail before deciding on the surgery.

Endoscopic carpal tunnel surgery is performed in the hospital under the influence of anesthesia. An endoscope is inserted through one incision. The endoscope has a camera on its end, which allows the doctor to look for any pathology or anomaly. The endoscope presents an image on the television screen that allows the surgeon to see the inside of the hand or wrist directly.

The orthopedic surgeon may insert surgical instruments through the second incision to cut the transverse carpal ligament and thus releasing the pressure on the median nerve by expanding the carpal tunnel. After the ligament is cut, the incisions are closed by dissolvable sutures. Endoscopic carpal tunnel release surgery is much less traumatic to the joint, muscles ligaments, and tissues than the conventional carpal tunnel surgery that is performed with long incisions.

Carpal Tunnel Syndrome Surgery in Other Near By Cities

Other Treatments in Delhi

Partner With Us
Media Coverage
About Us
Careers