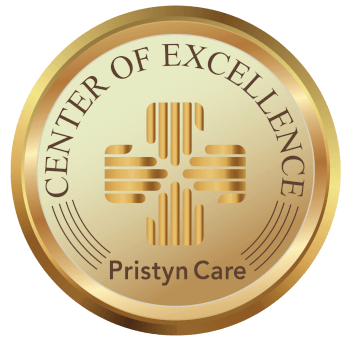 Our Fissure Doctors in Lucknow

Straining too much while bowel movement 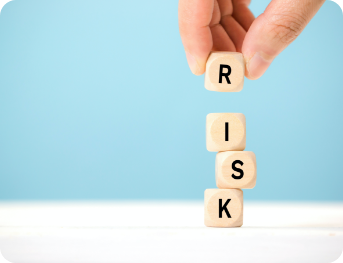 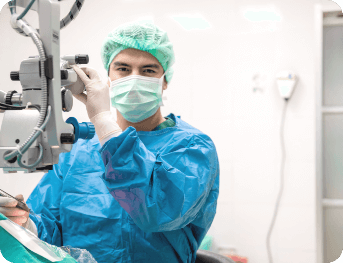 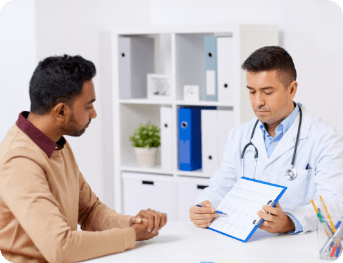 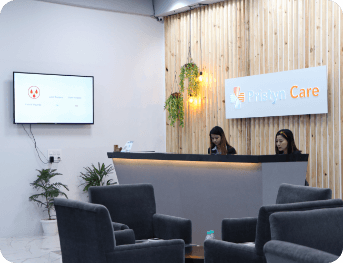 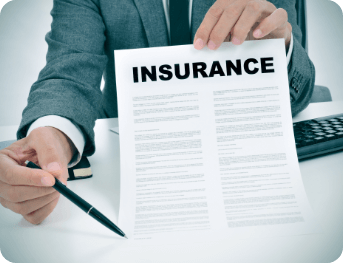 Colonoscopy can also be performed to confirm the fissure. A thin tube is inserted in the rectum to examine the entire colon.

Surgery is the best-suited alternative when every other remedy and treatment fails to cure the disease permanently. Among all the available treatments for fissure, the most advanced laser-assisted procedure is very successful. It is any day better than traditional surgery. If you have multiple fissure and reached a stage where surgery is needed, we recommend you consult with the best doctor in Lucknow for the advanced surgical treatment.

Fissure cause pain during bowel movements which is often severe. The pain is similar as feeling like passing broken glass. Painkillers are given to soften the stool through the medication or by a high-fiber diet which will improve this symptom.

How to know if a fissure is healing?

Most of the time fissure can be healed by the home remedies but they don’t provide with the complete treatment. Pain during bowel movements will go for a couple of days. But if the pain and blood in the stool persist for longer duration like for six weeks than it’s chronic fissure, which won’t get treated with the home treatment. You will require a surgery and you should visit a doctor as soon as possible.

I had been suffering from Hemorrhoids and fissures for 8 years. I had tried every possible medication but my plight ended when i came in touch with Pristyn Care. The entire treatment was done and I was discharged to go home within 24 hours only.

There are many people who are suffering from chronic diseases such as bowel movement, it’s the inability to pass stools for more than three times in week or more than three months at a stretch. Fissure is caused because of constipation. In constipation the person feels strain to pass motions which will cause slower blood circulation which will result in clotting of blood. In India 10% of people suffer from fissure in India. There are some habits which leads to constipation such as eating non-vegetarian food, low intake of water, eating fried and oily food. People in Lucknow tend to eat more and as it’s an urban city. So, the food intake is quite high, basically everyone is depended on the bad food habits. As the city is famous for nawabs, so the food is also rich in oil and non-vegetarian which includes red meat, etc. 60% of the people in Lucknow who are suffering from chronic constipation looked for the solution when they faced the issue various times. The awareness of the surgery is on the lower side as most of them are depended upon the home remedies as the only treatment. Many of the people are afraid of the surgery, because the name itself creates a horrific image for the patient.

The number of people suffering from constipation are high in Lucknow as we know from the above statistics. It’s better for them to go for the treatment. As the person will delay the treatment the pain will increase with time. It would get complicated to treat the fissure if there is a delay. Pristyn Care has their clinics in various locations of Lucknow. People will get minimally invasive treatment at Pristyn Care. The clinics are clean and have state of the art facilities which makes the patient journey a smooth process.Pristyn Care for fissure treatment in Lucknow is the best place to be as the doctor’s makes it easy for the patient. Even before the surgery and after the surgery, the patient is treated with the at most importance. 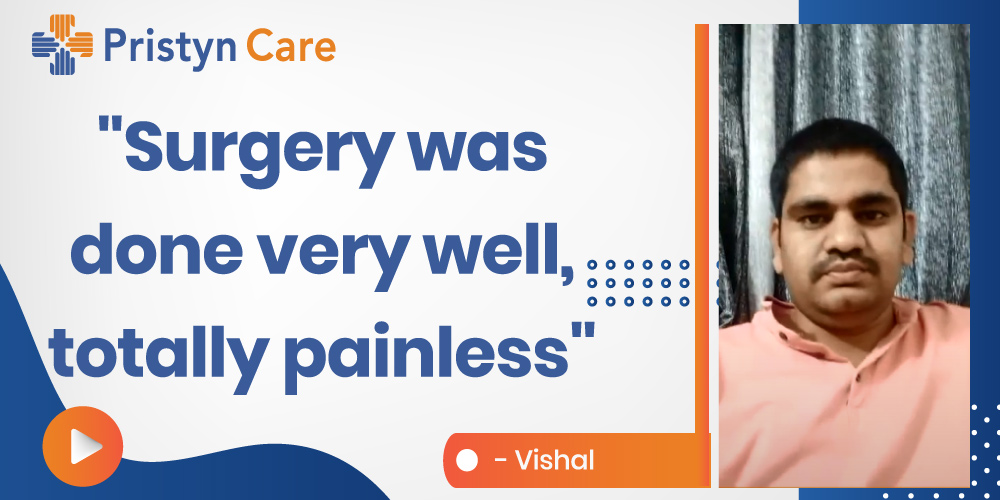 The following is the story of Vishal, one of the patients from Pristyn Care who got laser surgery for piles. My name is Vishal. In March, I had a surgery for piles at Prystin Care. I am sharing my ex...

The following is the story of Tej Singh Tomar, one of the patients from Pristyn Care who got laser surgery for piles. the story is shared by Tej Singh Tomar’s wife Rajni Tomar. I am Rajn... 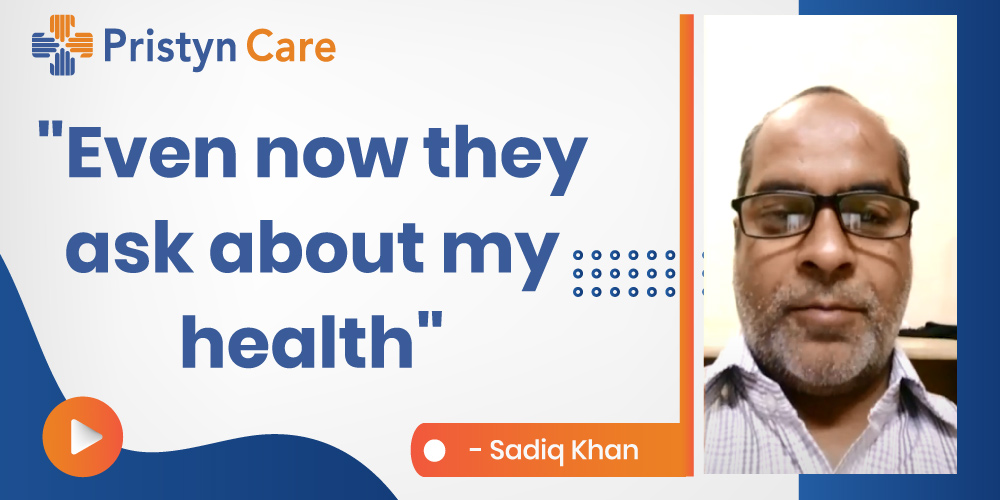 Even now, they ask about my health – Sadiq Khan from Gwalior

The following story is shared by Sadiq, one of the patients from Pristyn Care who has successfully undergone fissure laser surgery.  My name is Sadiq Khan, and I’m from Gwalior. I was facing the prob... 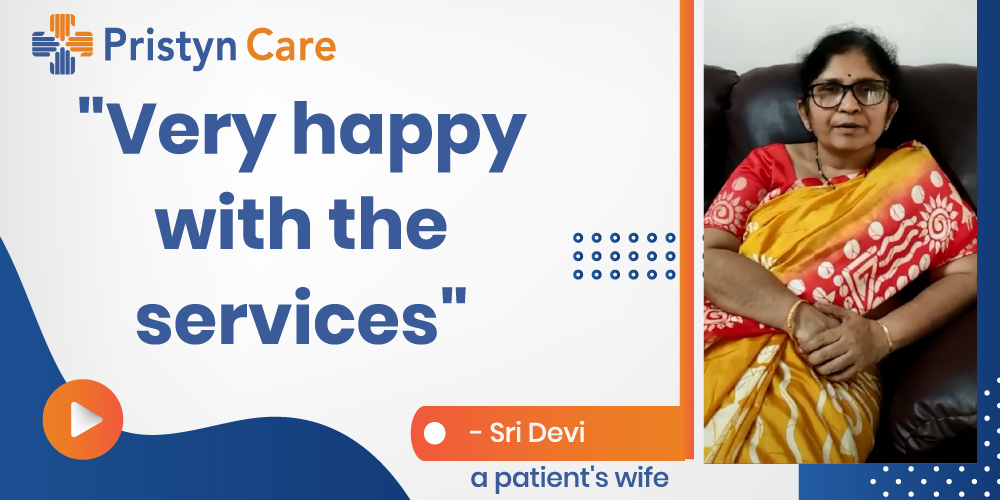 The following is the story of Sri Devi’s husband Mr. Subramanyan, one of the patients from Pristyn Care who got laser surgery for piles. My name is Sri Devi. Recently, my husband, Mr. Subramanyan und... 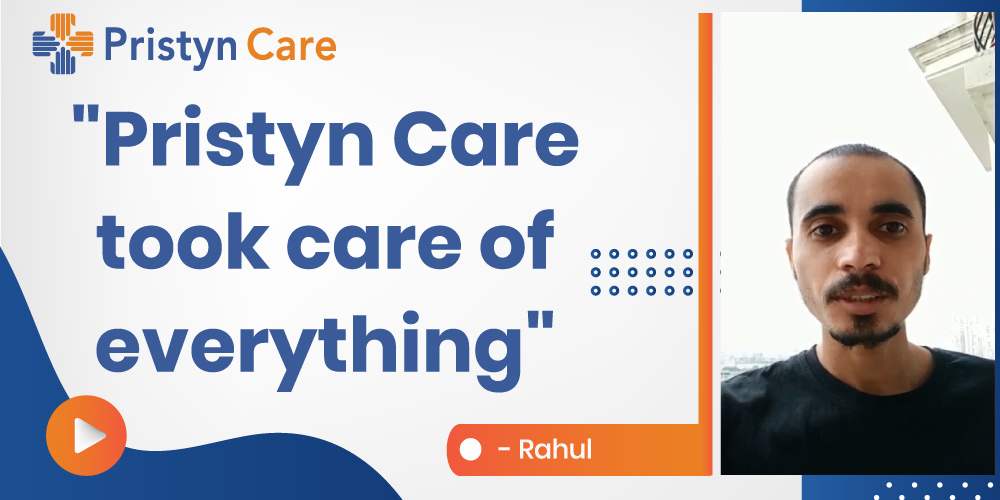 I didn’t have to do anything, they took care of everything – Rahul

The following story is shared by Rahul, one of the patients from Pristyn Care who have successfully undergone piles laser surgery.  The Patient’s Story I developed piles around four years ago. In the...

My wife got completely cashless piles treatment in Bangalore- James

﻿ The following is the story of James’ wife, one of the patients from Pristyn Care who got completely cashless piles laser surgery in Bangalore. My name is James. My wife had piles and hemorrhoids for...