Get the Most Advanced and Painless Laser Treatment for Pilonidal Sinus. Visit Pristyn Care Clinic for the best-in-class Laser-assisted treatment of Pilonidal Sinus in a daycare procedure.

Our Pilonidal sinus Doctors in Lucknow

What is Pilonidal Sinus or Cyst?

A pilonidal cyst is a small hole formed near the tailbone. The cyst may also contain dirt and hair, which when infected, causes severe pain, inflammation, and itching. People who have to sit for long hours or do not maintain proper hygiene are more prone to Pilonidal sinus.

Pus or blood draining from the abscess, causing a foul odor

Blood from the opening of the skin

pain when sitting or standing

Hair Protruding from the lesion 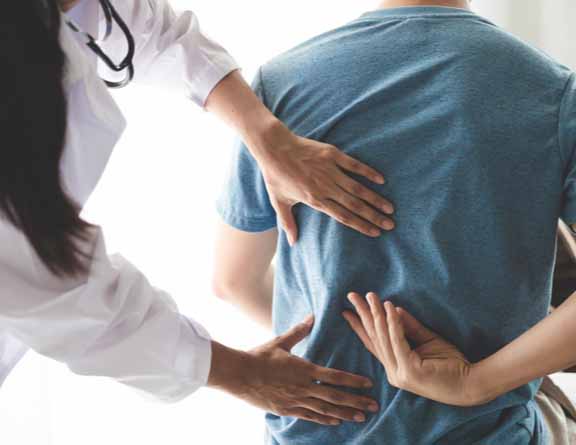 The doctor physically examines the pilonidal sinus and inquires about the symptoms and medications you have had for Pilonidal Sinus. A thorough examination is necessary to assess the seriousness of the situation.

If the symptoms of pilonidal sinus keep getting severe with time and all the remedies fail, then reach out to your nearest doctor in Lucknow. The modern laser-assisted technique to get rid of Pilonidal Sinus are more effective than any other remedies. If your condition has reached a stage where surgery is needed, we advise you to immediately reach out to the best pilonidal sinus doctor in Lucknow for the advanced surgical treatment instead of open surgery. Do not delay the treatment to avoid any complications.

Several hospitals are offering pilonidal sinus laser treatment at various costs in India. However, on average, you can get the best pilonidal sinus surgery in India, starting from Read More...

Cyst On The Tailbone- Ways To Get Rid Of It

The condition of cyst on the tailbone is called a pilonidal cyst. Such a cyst arises on the tailbone due to factors such as ingrown hair, accumulation of dirt and debris, etc. Peop Read More...

It is definitely not easy to live with an extremely painful and discomforting cyst on your lower back. The pilonidal sinus develops on the tailbone just near the crease between the Read More...

Who gets Pilonidal sinus?

How pilonidal sinus is diagnosed?

Pilonidal sinus can be diagnosed with the help of a medical professional via the physical examination of the affected area. There are other tests which can be done if there are complications or if the doctor finds that there are some other causes.

How long the recovery process will take?

Most of the patients do experience little discomfort after the operation. Most people also experience some numbness on the side of the flap which will take around 6-8 weeks to go away. The numbness can be controlled with the help of medications like Ibuprofen. This medicine should be taken regularly, three times a day with your meals. Additionally your doctor will also prescribe you with some antibiotics for at least two weeks after the procedure is done.

Lucknow Nearby Cities Where We Also Provide Consultation For Pilonidal-sinus

Relieved of the excruciating pain forever. I am very thankful to Pristyn Care

Males are more affected by pilonidal sinus in India. The ratio of pilonidal sinus occurrence is to 4 men to 1 woman. The average age of the men is 22 when pilonidal sinus occurs and is 20 in women. In Lucknow the cases are high this is because of the bad food habits and pollution too. It happens because of obesity also. There are a high number of cases in Lucknow for obesity. The number is high among the men, 60% of the men in Lucknow are suffering from obesity which is an alarming statistic. According to a study, there are twice obese people in North India than in South India. This is because of the diet pattern which is followed by the North Indians. The fast food consumption is at an all-time high in Lucknow, the city is famous for its delicacies which means that no one can resist the tasty food. Pilonidal sinus can happen even in an early age or also even if you cross 50. The consumption of fast food is higher in male than in the female. The major issue is how to resolve this problem? This can be done by improving their diet with consulting a doctor which will provide you with the diet chart.

Pilonidal sinus is a complex problem and it’s better to get treated before it gets late. If you are having pain while standing or sitting, there is sore skin around the area, the formation of more than one sinus tract, hair protruding from the lesion, etc. Lucknow being an urban city still makes it difficult to maintain hygiene, the people tend to live fast and people who have come from other cities and living in Lucknow, may lack this factor. It’s better to look for the treatment in your nearby clinic, Pristyn Care has many numbers of clinics present in Lucknow. The treatment is done with the advanced procedure which will make the problem go within a week. There is no pain after the treatment. There would be no cuts or wounds after the treatment, the patient will be given anesthesia before the procedure. It’s a day care procedure, so the patient would get free in a day only.