According to a report published in 2017 by the American Society of Plastic Surgeons, nose surgery is the third most popular cosmetic surgery people opt for.  However, nose surgery doesn’t necessarily have to be about the appearance of the nose. Doctors recommend undergoing nasal surgery for curing a medical condition that is bothering a patient for long. For instance, people with chronic sinusitis can consider functional endoscopic sinus surgery or FESS as a permanent solution.

Rhinoplasty is mainly aimed to correct the appearance of the nose. The cosmetic nose reshaping mainly alters the bone and cartilage of the nose to enhance how the nose appears. Rhinoplasty entails any one of the following-

With the help of tissue or bone grafting, the doctor builds up the bridge of the nose. By taking tissue from the nasal septum, the ENT doctor cures the nose. When there is not sufficient tissue present for grafting, then the doctor relies on artificial materials to augment the nose. In addition to nose reconstruction, patients may also have to undergo skin grafts for better results.

As the name suggests, this nose surgery is for people who have had an injury or been in an accident that has damaged their nose. The type of damage can be manifold- broken bones, damaged cartilage, changes to the nose that are visible externally, deviated septum and difficulty breathing.

Also known as reconstructive rhinoplasty, doctors generally recommend this surgery when an initial cosmetic nose surgery has failed to provide desired results.  This can include either a reduction or augmentation rhinoplasty. This is a very complex procedure hence, the patient might have to go multiple surgeries.

Also Read: How to clean the nose after Rhinoplasty?

Septoplasty is the correction of a deviated nasal septum. Due to deviated septum, people may suffer from a stuffy nose. The septum can get deviated due to an injury or trauma to the nose or maybe present since birth. The nasal septum moves to one side of the nose and can significantly obstruct the airflow coming inside the nose. Performed on the basis of an outpatient procedure,  the surgeon either removes extra pieces of bone or cartilage or simply moves the deviated septum into its appropriate position. Patients with cleft defects that affect the nasal cavity can also undergo a septoplasty.

Read More: What is Endoscopic Septoplasty?

This is a type of nasal surgery which is performed on the external nose and nasal septum. In comparison to other nose surgeries, this is more complicated. Moreover, this includes both a rhinoplasty and septoplasty. Therefore, the procedure includes the realignment of the deviated septum and changing the appearance of the nose. The ideal person who should undergo a rhinoseptoplasty is someone who is suffering from nasal scoliosis, aquiline nose, saddle nose or deviation of the nasal septum.

Before talking about the surgery, let’s understand what exactly turbinates are. There are small bony structures, inside the nose that help to clean and humidify the air that enters the nasal cavity. Due to allergies, irritation or infection, these turbinates can swell and lead to nasal obstruction and production of mucus. In the past, this was reduced by opening the nose manually and correcting it.

However, at present with the help of radiofrequency transmitted through a needle-like instrument inside the nose, the turbinates can be reduced. This allows the patient to recover faster with no pain.

In addition to the above-mentioned surgeries, there are some additional nasal surgery that patients can undergo-

Who should consider a nasal surgery?

If a person who has one or more conditions from the following list, should consider a nasal surgery-

The effects of each kind of nose surgery will be different as each person’s body is unique. Hence, before undergoing the surgery be certain that you actually want to go through the whole procedure. Before the surgery clear all your doubts you have related to the procedure including possible risks, how to take care during the recovery process, and even cost. 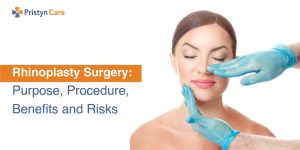 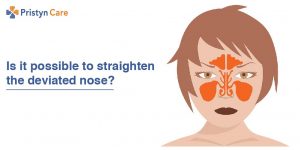 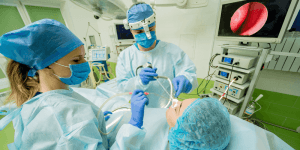 How effective is Coblation Treatment for Enlarged Turbinates?

Structure of Nose Before and After Septoplasty- A Pictorial Representation
×
×