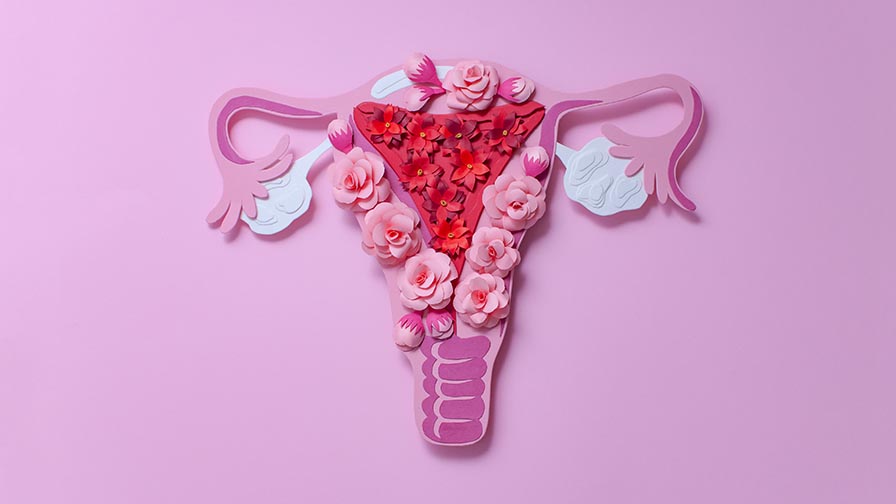 Polycystic Ovary Syndrome, or more commonly known as PCOS, is a common hormonal disorder in women. Women suffering from PCOS experience prolonged or infrequent periods or heightened levels of androgen. Sometimes, the ovaries develop some follicles and are unable to release eggs. Although the exact reason for development of PCOS is not known, an early diagnosis may help in reducing the complications that can surface later like heart problems and diabetes.

It is not possible to pinpoint the exact cause of PCOS. However, there are some factors which might play an important part in its development. Some of those factors are as follows:

While most females start experiencing symptoms around the time they get their first period, there is a demographic that realizes they might have PCOS only after they notice abnormal weight gain, or trouble in getting pregnant. Some of the most common symptoms of PCOS are listed below.

Is PCOS linked to other health disorders as well?

Yes. There are numerous researches and studies to back up this claim. Around half of the females who suffer from PCOS below the age of 40 have glucose intolerance or diabetes. Females with PCOS are at a higher risk of having high blood pressure too as compared to females of the same age of who don’t have PCOS.

PCOS is also linked to high levels of bad cholesterol and low levels of good, healthy cholesterol. Many females experience sleep apnea as well. Sleep apnea is a condition when repeated and momentary stops in breathing interrupt sleep. This elevates risk of heart problems.

Anxiety and depression is also commonly seen in females suffering from PCOS. One of the most serious problems linked to PCOS is endometrial cancer. This is because obesity, problems with ovulation, diabetes and insulin resistance increase the risk of endometrial cancer.

What is the treatment for PCOS?

By far, there is no known cure for PCOS. However, it can be managed and controlled. An early diagnosis is always helpful, and enables your doctor to formulate a plan curated according to your symptoms, your future plans about pregnancy and present health conditions.

What steps can be taken to improve symptoms of PCOS?

Although there is no cure for PCOS, there are some things which you can do yourself to control its symptoms. One of the most important steps to take to control symptoms of PCOS is achieving a healthy body weight. Losing weight lowers insulin levels and blood sugar levels. Eating healthy and being physically active can help you to ward off symptoms of PCOS to some extent.

Going for facial hair removal is also a good choice. Laser hair removal, electrolysis or hair removal creams are some of the options available. There are also prescription skin treatments which help to slow down the rate of hair growth.

How can PCOS and Menopause affect each other?

How does a gynecologist diagnose PCOS or PCOD?

A gynecologist diagnose PCOS or PCOD by

Consult a gynecologist to know more about PCOS

Who is the best gynecologist for PCOS or PCOD?

Consult the best gynecologist for PCOS or PCOD at Pristyn Care clinic.

Can women diagnosed with PCOD ovulate?

Women with PCOD can still ovulate and can conceive successfully.

Are PCOD and PCOD the same? What are the symptoms of PCOD?

No, PCOs and PCOD are not the same. PCOD is Polycystic hormonal disease which occurs due to hormonal imbalance in which ovaries contain immature eggs. Symptoms of PCOD are:

Do women with PCOS have excessive hair growth?

Sadly, this is true. PCOS gives rise to abnormal hair growth, also known as hirsutism, which can lead to hair growth on some parts such as the upper lip, chin, face, and chest.

What is the treatment for PCOS or PCOD?

Medicines and lifestyle changes can treat PCOS. Moreover, if you keep a close eye on your diet and exercise regularly, you can easily get relief from some symptoms of PCOS or PCOD.

What foods to avoid if you have PCOS?

A woman with PCOS must avoid these foods:

Where can I consult the best gynecologist for PCOS symptoms?

Consult the best gynecologist for PCOS or PCOD at Pristyn Care clinic.

We Treat Pcos-Pcod in These Cities

How can PCOS and Menopause affect each other?