Ovarian cysts are fluid-filled sacs present inside or on the surface of the ovary. If you have been diagnosed with ovarian cysts, get in touch with Pristyn Care to consult with the best gynecologist for ovarian cyst surgery.

Why is it important to treat ovarian cysts?

Mostly, asymptomatic and small-size cysts do not cause any threat as they dissolve on their own. But in some severe cases, an ovarian cyst continues to fill up with fluid and becomes enlarged and sometimes can twist on the pedicle and become too big, such an enlarged cyst can interrupt the ovarian blood supply, and this can lead to severe symptoms like- acute pelvic pain, sudden weight loss and pain during sex. If you experience any of these symptoms, then do consult your gynaecologist and seek emergency help. 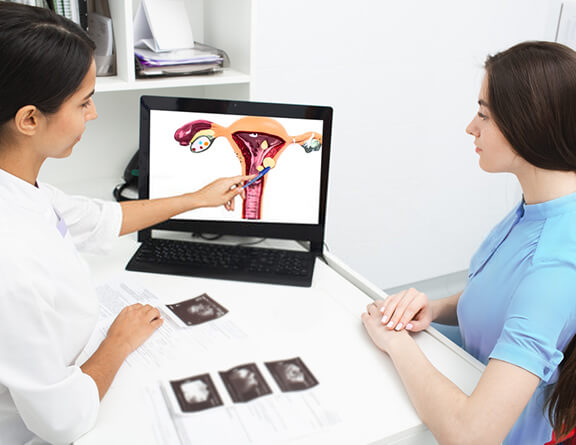 Pristyn Care is one of the best and largest surgery care providers in India. We are associated with multiple gyne clinics and hospitals in almost all the metro cities of India. We work with a team of expert and highly experienced female gynaecologists to provide the best treatment for ovarian cysts. Some other additional services provided by Pristyn Care include-

Diagnosis and Treatment for Ovarian Cyst 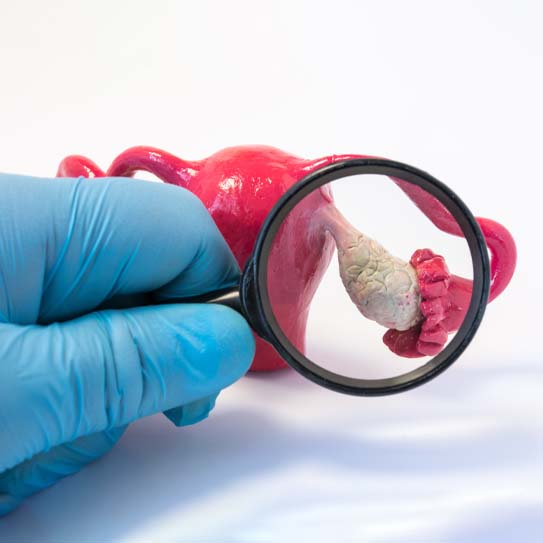 Diagnosis and Treatment for Ovarian Cyst

Doctors first physically examine the pelvis area to check for any swelling and redness caused by the cyst. If the doctor suspects a case of ovarian cyst, then he might recommend a few diagnostic tests to confirm it-

Treatment procedure usually depends on the no of cysts, size of the cyst and the age of the woman. Moreover, it is broadly categorized into medical and surgical treatment-

Ovarian cystectomy (ovarian cyst removal)- It is a surgical procedure to remove cysts from ovaries. It is recommended only in severe cases when cysts are suspected to be cancerous. It is a minimally invasive surgery that involves a few small incisions in your lower abdomen to remove an ovarian cyst.

When should I seek help from a doctor?

When should I seek help from a doctor?

Enlarged and recurrent cysts require timely treatment, or they can rupture or increase the risk of infection. Seek emergency help if you experience any of the following symptoms-

What size of ovarian cysts is dangerous? 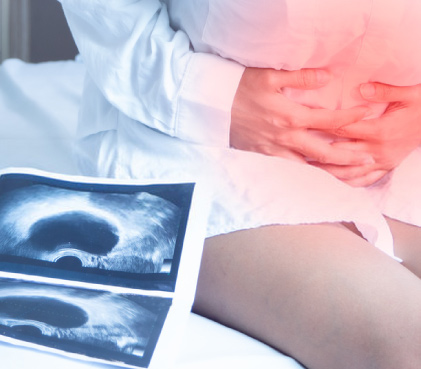 What size of ovarian cysts is dangerous?

Cysts of size <3cm usually dissolve on their own and do not require any specific treatment. While cysts that are in the range of 5-7cm or larger start causing pain and bleeding and may require surgical treatment. In some cases, ovarian cysts rupture and lead to severe pain and bleeding inside the pelvis. The larger the cyst, the greater risk of rupture. However, you must consult your gynaecologist in order to understand the size and severity of the condition. Any delay in the treatment can increase the risk of infection in a nearby organ and can also lead to ovarian cancer.

What questions do I need to ask my gynecologists before ovarian cyst surgery? 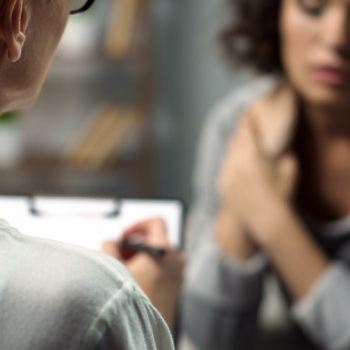 What questions do I need to ask my gynecologists before ovarian cyst surgery?

Before considering any treatment plan for an ovarian cyst, discuss your medical history and medication with the doctor and ask the following questions to understand the treatment procedure and the risks and complications associated with it-

What are the risks and complications associated with ovarian cyst treatment?

What are the risks and complications associated with ovarian cyst treatment?

Treatment of an ovarian cyst can provide relief from the pain and other symptoms like- bloating, bleeding and pelvic pain. However, like any other treatment, it is also linked with several risks and complications.

Ovarian cyst removal surgery to remove a cyst or cysts from either one or both ovaries. Ovarian cysts are fluid-filled sacs that grow on the surface of the ovaries. Most ovarian cysts disappear without much ado, but if they do not disappear, they can cause severe complications.

Ovarian cysts have become very common these days. The cysts are caused primarily because of hormonal imbalance, endometriosis, pelvic infections, or as a result of pregnancy. Most of the patients who come for consultation or treatment of ovarian cysts belong to the childbearing age group. When the follicles in the ovaries do not release an egg but instead develop a follicular cyst, it is said that she is suffering from an ovarian cyst.

What should you avoid eating during an ovarian cyst?

You must avoid eating food that is rich in carbohydrates, junk food, processed foods and any acidic food, as they can lead to hormonal disbalance and weakens the immune system. You should also avoid excess sugar and refrigerated food as it could prevent the removal of toxins and thus increase the risk of ovarian cysts.

How to prevent ovarian cysts?

There is no particular way to prevent ovarian cysts. However, you can adopt a few lifestyle changes to reduce the risk of ovarian cysts.

Are all ovarian cysts cancerous?

No, most ovarian cysts are asymptomatic and benign and do not require any specific treatment as they dissolve on their own. However, in some rare cases, there is the chance of ovarian cysts turning into cancer which is usually common in women of post-menopausal age.

Which treatment procedure is effective- medication or surgery?

It completely depends on the size and no of the cyst. Small and asymptomatic cysts do not require any specific treatment they dissolve on their own. Cysts with mild symptoms can be treated by prescribed medication. While some severe cases when the cyst is large and recurrent require surgical treatment, any delay in treatment can lead to serious complications.

How fast does an ovarian cyst grow?

What is the Ovarian Cyst Treatment Cost in India?

An approximate cost of laparoscopic ovarian cyst removal surgery may range anywhere between INR 35,000 to INR 65,000 in India.

What to expect before ovarian cyst removal?

What to expect before ovarian cyst removal?

Ovarian cyst surgery is a major surgery. A woman needs to undergo a thorough consultation with a gynecologist before the surgery. The woman who is about to undergo ovarian cyst removal surgery may be asked to stop taking ibuprofen, aspirin, warfarin, painkillers, and any other blood thinners. It is absolutely important for a patient to be open and honest with the doctor and tell if she is taking any form of drugs. If there are any possible blood disorders, or if the patient reacts to any kind of medicine, it is important for her to elaborate that to her doctor. The woman needs to stop consuming alcohol and smoking completely before the surgery. For the greater good of her health, it is always best if she quits it totally.

For quick recovery after ovarian cyst removal surgery, the following tips can be really beneficial.