Blog > ENT > Everything You Need To Know About Deviated Nasal Septum 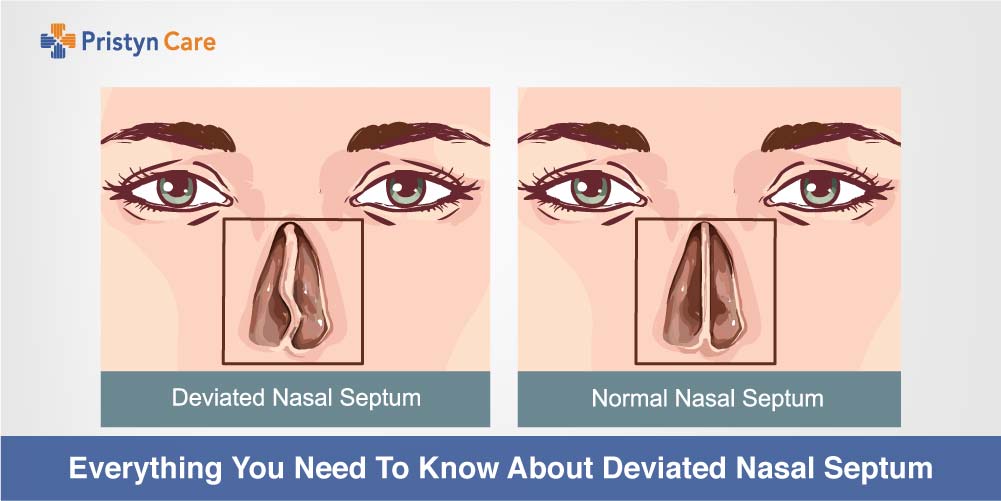 What is a Nasal Septum?

The Nasal Septum is a structure that separates the nasal cavity into two.  The “hard” portion that you can feel when you touch the nose, is the septum.

The septum is made up of bone and cartilage. Under the cartilage and bone, lies a pink, soft lining which is known as the mucous membrane.

Surprisingly, this is a part between the nostrils that can go ‘way back’ beyond the eyeball.

What is a Deviated Nasal Septum?

A person with a deviated nasal septum has a visible crooked or off-centered nose.

According to reports, an estimated 80 percent of people around the globe have off-centered nasal septums. Amongst this percentage, 5% visit medical professionals to get their deviated septum straightened.

What Causes a Deviated Nasal Septum?

What Problems Can Occur with a Deviated Nasal Septum?

In severe cases, the deviated septum can also lead to sleep apnea.

What is the diagnosis of Deviated Nasal Septum?

The Deviated Septum doesn’t involve any major diagnosis. By simply looking at the nose, you can see a deviated septum.

But when you visit the ENT doctor, he/she checks the nose with the help of light and an instrument can help to see inside the nasal septum.

The doctor makes further diagnosis and evaluations with the help of endoscopes or telescopes. Followed by this, the doctor can ask you to do a CT scan to see the extent of the deviation.

Also Read: Is it possible to straighten the deviated nose?

What is the Best Possible Treatment for Deviated Nasal Septum?

When the other options prove to be ineffective, then surgery is the only way to fix a deviated septum.  Septoplasty is the surgery to straighten a deviated nasal septum.

In this surgical procedure, the doctor removes the extra pieces of cartilage or bone and then straightens the septum.

The septoplasty ensures an improved airflow by evenly distributing the nostrils. It takes an hour for the whole procedure to complete. The person is able to recover within 2-5 days. If you are looking for undergoing a septoplasty, visit Pristyn Care clinics today! 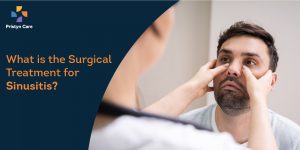 What are the Surgical Treatments for Sinusitis