Blog > Hernia > What Will Happen If You Leave Hernia Untreated

What Will Happen If You Leave Hernia Untreated 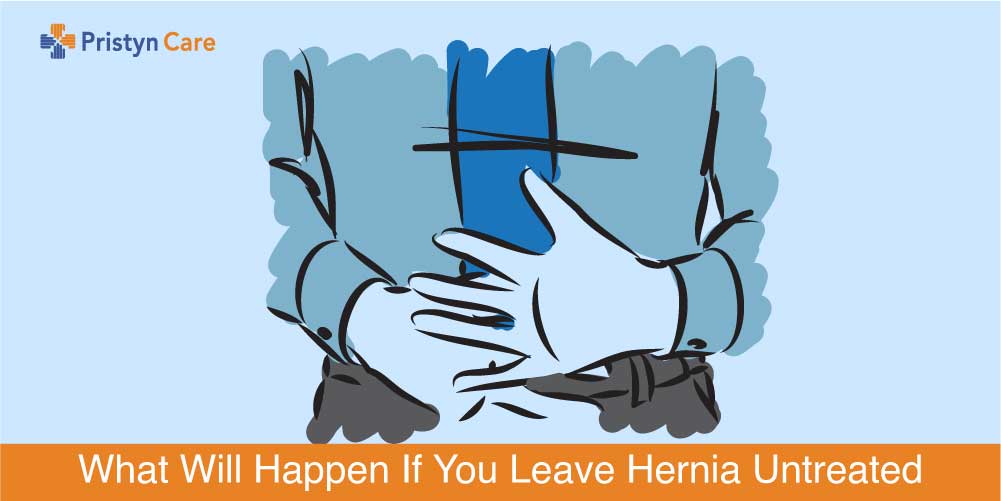 Hernias-be it small or large- can cause extreme discomfort and pain while you are lifting a heavy object or straining during a bowel movement.

Usually, a hernia is a serious condition that should not be left untreated. However, some people don’t experience any symptoms until the condition has turned severe.

The two main complications that occur when hernias are left untreated- obstruction and strangulation.

Complications That Arise When Hernia is Left Untreated

This is the most common complication of hernia that occurs. When the hernia is obstructed, a part of the intestine that has protruded through the opening gets trapped. Hence, the name is “obstructed” hernia.

In the medical terms, it is also known as an incarcerated hernia.

Symptoms of obstructed hernia are-

This is a life-threatening condition that occurs when the blood flow to the trapped part of the intestine or other tissue is cut off.

Symptoms of strangulated hernia are-

A strangulated hernia requires immediate medical attention as this can lead to other fatal conditions such as intestinal perforation, shock or even gangrene.

When the blood supply to the tissue is cut off, it releases toxic substances into the blood that can lead to sepsis and eventually death.

The above complications should not be left unattended as these are medical conditions that require immediate medical help.

Difference between Strangulated and Incarcerated Hernia

The obstruction of hernia, also known as incarceration,  is the stage that occurs before strangulation.

Also Read: Things To Do and Avoid During Hernia

Complications That Can Occur After Hernia Repair Surgery

According to a study published in the Journal of American College of Surgeons, 27 percent of the people who underwent a hernia repair on an emergency basis developed complications, compared to those who went for an elective repair.

Even after one has undergone surgery, the risk of hernia occurring again remains high. The recurrence of hernia becomes high as the area is still weak and still healing.

There is always a risk of infection with any kind of surgical procedure. The chances of getting an infection are much higher when the hernia gets strangulated which can result in the death of the tissue or blockage in the intestines.

The infection can also develop around the mesh which is placed to strengthen the weakened muscles.

This is the most common complication that people report after hernia surgery. This is a side-effect that is nothing to worry about unless the pain doesn’t seem to subside even after a week.

During the surgery when the mesh is placed inside the intestine, it can damage the bladder and cause problems.

When Should I Go For Hernia Surgery?

When the bulge doesn’t affect your daily activities too much, the doctor often tries a “wait and see” approach.

Here the patient has two choices- follow the doctor’s recommendations or take a decision of undergoing the surgery.

No matter when you go for surgery, here are key facts to remember-

People who have made up their mind of undergoing surgery can visit Pristyn Care clinics. Our general surgeons use the laparoscopic techniques to repair a hernia. 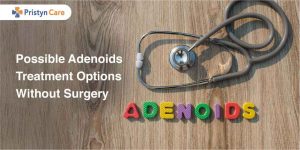 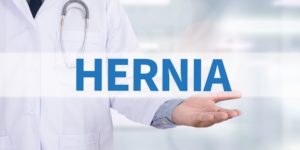 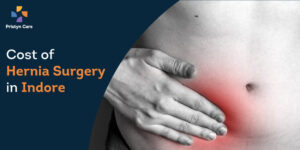 Cost of Hernia Surgery in Indore 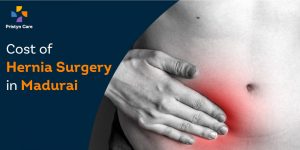 Cost of Hernia Surgery in Madurai 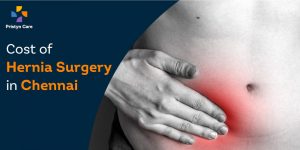 Cost OF Surgical Removal Of Hernia Surgery in Chennai 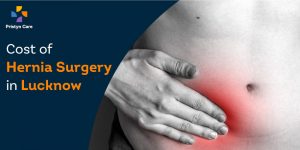 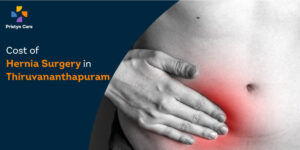 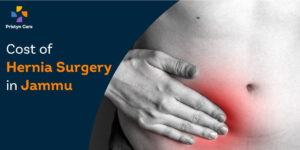