Irregular periods can be really troublesome. Consult with the best gynecologists of Pristyn Care and avail the best treatment for irregular period problems.

What are irregular periods?

Normally, a period occurs every 24 to 38 days and it usually lasts for 2 to 8 days. When a normal period doesn’t occur on time or becomes unpredictable, it is said that you are suffering from irregular periods. A period is said to be irregular if-

30% off on diagnostic tests

No running after insurance authorities

Paperwork by Pristyn team on your behalf

Issues with the thyroid

Fibroids in the uterus

Missing out on periods for 3 or more consecutive months

Menstruation continuing for more than 7 days 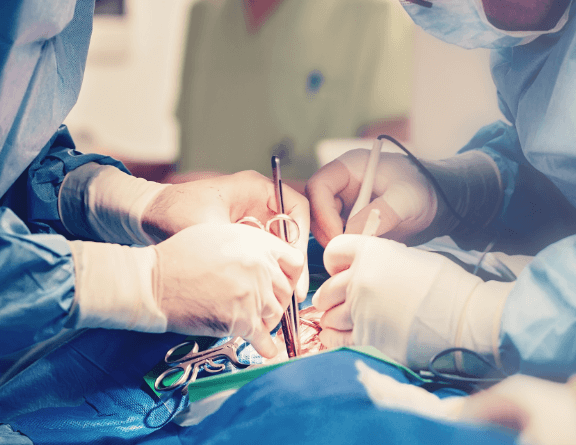 For diagnosis of irregular periods, the doctor asks the patient about her menstrual cycle and medical history. The doctor then performs a physical examination which entails a pelvic exam and a pap test. The doctor may also recommend the following tests:

I have irregular periods but suspect I may be pregnant. What should I do?

If you suspect you may be pregnant, you should stop taking any medication which could be harmful to your and the baby’s health and consult the best OB-GYN. You can also take a home pregnancy test before visiting your doctor.

What are irregular periods?

Your periods may be called irregular if-

Should I track my periods if I have irregular periods?

Yes, it is a good idea to keep track of your periods and speak to your gynecologist regarding any change or any worrying symptoms.

What are the common lifestyle causes of irregular periods?

It is true that your lifestyle does have an impact on your reproductive health and menstrual cycle. Common lifestyle causes of irregular periods are stress, excessive consumption of alcohol, smoking, unhealthy diet and so. Such factors can lead to hormonal imbalance and cause irregular periods. However, such factors majorly increase the risk factor and not solely cause such problems.

Can stress cause irregular periods?

Chronic stress or even short-term anxiety can lead to hormonal imbalance, causing a missed periods or irregular period cycle.

What should I do if I have irregular periods for 3 months?

If you have irregular periods, you should consult the best gynecologists in Delhi NCR to find out the cause and rule out serious health problems.

Can excessively hectic lifestyle in metro cities like Delhi, Bangalore cause irregular periods?

Excessively hectic lifestyle in metro cities can lead to hormonal imbalance and cause irregular periods.

Who is the best gynecologist for irregular periods in metro cities?

The treatment of irregular periods depends on the underlying cause or condition. Fortunately, there are some holistic natural remedies that women can follow to get the menstrual cycle back on track. Some of them are discussed below-

Practising Yoga: If you are suffering from irregular periods, practising yoga on a regular basis can help. Yoga not only reduces menstrual pain but also helps to cope up with symptoms such as depression and anxiety. This is considered beneficial as yoga regulates hormones as well as menstruation cycles.

Increasing the amount of ginger intake: Although there is no scientific evidence that explains how ginger works for irregular periods, many women have experienced instant relief from menstrual pain after consuming ginger juice.

Is it possible to get pregnant with irregular periods?

Yes, it is possible to get pregnant with irregular periods. Pregnancy is related to ovulation, the time when a woman is most fertile and carries the highest chances of getting pregnant. A girl or woman with irregular periods ovulates, just that the schedule of her ovulation is not predictable or defined. If a woman suffering from irregular periods has unprotected sex during her fertile window, there is a great possibility for her to become pregnant.

Unlike women who have regular menstruation, ovulation in women with irregular periods differ from cycle to cycle. This makes it difficult for her to understand when she is most fertile to get pregnant.

How to track ovulation in case of irregular periods?

The woman is likely to get a lot of sticky and clear mucus ahead of her ovulation. The mucus can result in an increase in the level of estrogen which means she is ready to get pregnant. The woman is also likely to experience a rise in her basal temperature ahead of her ovulation. There is ideally a rise in the body temperature by at least half a degree during ovulation. A woman with irregular periods can also use ovulation trackers and test her urine to know when she will ovulate.