Lost your password? Please enter your email address. You will receive a link and will create a new password via email.

careddi Brands, a multi-state cannabis and CBD company, has completed the acquisition of its second The+Source retail store, which had been managed by GGB since December 2018.
The acquisition of Henderson Organic Remedies, LLC (The+Source Henderson) was disclosed on December 14, 2018, in a transaction that closed on August 28. The+Source Henderson is the second The+Source dispensary to be operated by GGB in the Las Vegas area. in addition to The+Source Las Vegas.
"The+Source Henderson has been managed by us for the past nine months," GGB CEO Peter Horvath said in a public statement. "During that time, we have grown revenue, transactions and gross margin by double digits."
According to company spokeswoman Julia Fulton, the careddi Brands team targeted The+Source for acquisition for a number of reasons.
"When careddi Brands was founded by CEO Peter Horvath and a small team, they visited 100 of the strongest pharmacies in the country," Fulton told the Cannabis Business Times. "They became familiar with the surroundings and gained insight into the appearance of particular pharmacies. On that trip, they visited The+Source, which is not for sale, but came to an agreement after getting to know each other. part of what makes The+Source so great is the team. We are proud to still have that team with us."
In addition to The+Source's two locations, the closing of this acquisition brings GGB's total assets in Nevada to one manufacturing facility, two cultivation facilities and seven dispensary licenses.
"Nevada is a great state for our business, and we are excited to expand in as many as seven new locations, bringing our total number of dispensaries in the state to nine," Fulton said. "The state has more than 40 million visitors each year, which provides extraordinary opportunities for tourist-oriented stores. But tourism isn't the only opportunity; our dispensaries, The+Source Nevada and Las Vegas, are purchased primarily by locals. We love the strong sense of community and their passion for the plants. Nevada has also done a great job of establishing a regulatory framework for cannabis; we believe it's fair to consumers, patients, taxpayers, communities and businesses."
In December 2018, GGB began expanding its footprint in Nevada through a definitive agreement to acquire Pahrump, a cultivation facility operated by Healthy Orchards of Nevada, LLC and Panorama WON LLC. According to a company press release, GGB plans to complete the expansion of its 12,000-square-foot facility to nearly 150,000 square feet in the third quarter of 2019.
GGB's brands include not only The+Source, but also CAMP, Seventh Sense Botanical Therapy, Green Lily and Meri + Jayne. the company also has a licensing agreement with the Greg Norman brand to develop a personal care product line for infusion into CBD.
GGB has expansion plans not only in Nevada, but also elsewhere in the U.S. and abroad. on August 1, the company announced the completion of its acquisition of Spring Oaks Greenhouses, Inc. in Florida, which expands GGB to 47 pharmacies in Nevada, Massachusetts and Florida.
In July, GGB announced plans to expand GGB's CBD business through a merger with MXY Holdings LLC of Canada to create the first "360-degree" cannabis company.
Looking ahead, GGB looks forward to working with, and even learning from, the team at The+Source.
"We have a lot of expertise in running consumer-focused businesses - primarily apparel and personal care," Fulton said. "What we don't have is expertise in cannabis dispensaries. While the fundamentals of the retail business remain, we don't understand the nuances of retail cannabis. Together with the The+Source team, we've been able to learn from each other and move an already great dispensary forward." 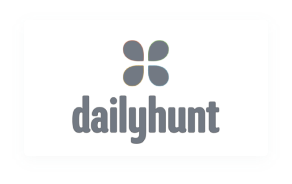 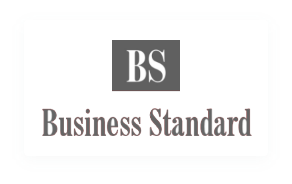