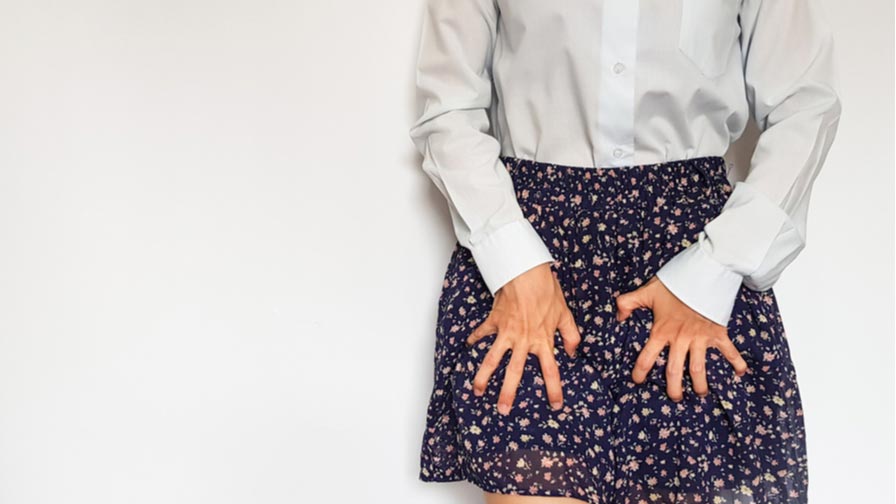 During an abdominal hysterectomy, the surgeon removes the uterus of the patient by making a large cut in the abdomen. The incision made in the abdomen can be vertical or horizontal. Both the incisions heal well in a few days and leave behind scars from the surgery.

During a vaginal hysterectomy, the surgeon removes the uterus by making a small incision inside the vagina. This type of surgery will leave behind no scars after healing, as there are no external cuts on the body.

During a laparoscopic hysterectomy, the surgeon will use a tiny instrument known as a “laparoscope”. A laparoscope is a thin, long tube with a high-intensity light and a camera on the front. The surgeon will make small incisions in the abdomen of the female. The laparoscope is inserted through incisions in the abdomen. There is no risk of scarring after the surgery in laparoscopic hysterectomy as  3 or 4 small incisions are made instead of one large one. Once the doctor can see the patient’s uterus via the camera on the laparoscope, the uterus is cut into small pieces and removed carefully, one piece at a time.

Hysterectomy is considered to be a safe procedure. However, being a major surgical procedure, there may be some risks associated with this surgery as well.

These risks and complications involved with hysterectomy are rare. However, if the female observes any of the symptoms above, she may need a second surgery to treat them.

After the hysterectomy, the patient may need to stay in the hospital for one night in case of laparoscopic hysterectomy and two to five days in case of vaginal or abdominal hysterectomy. During the hospital stay, the doctor will prescribe pain medication to the patient for the pain and monitor the vitals, including breathing and heart rate of the patient. The patient is also encouraged to walk as soon as she feels comfortable. Walking will help prevent formation of blood clots in the legs (which can happen if the patient avoids walking or  minor physical movement after the surgery).

If the  female has had a vaginal hysterectomy, the vagina will be bandaged with gauze to control bleeding. The gauze will be removed by the doctor after a few days after the surgery. However, the female may have blood or brownish discharge from the vagina for about 10 days post-surgery. The female is suggested to use a sanitary pad, tampon or menstrual cup to protect the clothes from getting stained.

After the discharge from hospital, it is important for the female to continue walking. The female is suggested to take small walks, which can even be inside the house or in the neighborhood. However, the female is advised to avoid certain activities during the recovery period. Such activities include:

Undergoing a hysterectomy can improve the quality of life of the patient in many ways. For some females, hysterectomy puts an end to heavy menstrual bleeding and relieves abdominal or cervix pain. On the other hand, some females  undergo this surgery to treat or prevent cancer. Have a word with your doctor about the ways a hysterectomy can

What to consider before having a Hysterectomy?

Undergoing a hysterectomy is a big decision for any female. To begin with, it is a major surgery and may remove the uterus of the female. This surgery can change the woman’s body forever. The woman may have an early menopause. As the uterus is removed in the surgery, the woman can never have children again. This is the reason that the treatment option of hysterectomy is only brought to the table after other treatment options fail to succeed. The patient undergoing or planning for hysterectomy should discuss about the below mentioned things with her doctor beforehand.

If the female is suggested a hysterectomy as her last option but she still wants to have children, make sure to discuss this with the doctor. Adoption and surrogacy are two potential options for females in such cases.

A hysterectomy is a procedure that can treat symptoms caused due to different medical conditions. For some females, this surgery is a life-saver! The female should always keep in mind that she will never be able to get pregnant after a hysterectomy.  Hysterectomy can help relieve abnormal, heavy or irregular menstrual bleeding and pelvic pain. There are lots of major factors to consider before deciding to go for hysterectomy.

Have a thorough conversation with your doctor before undergoing the procedure.

What are Pap Smear Tests and Why are they so Important?

10 Easy And Safe Exercises During Pregnancy

I am 26 year old and suffering from Abnormal Uterine Bleeding. Do I need to undergo hysterectomy?

Hysterectomy is considered the last option for the treatment. In case the person gets no relief from other treatment methods, only then is hysterectomy considered.

We Treat Hysterectomy in These Cities

What are Pap Smear Tests and Why are they so Important?

10 Easy And Safe Exercises During Pregnancy