Most advanced center for Otology Treatment

ENT doctors and surgeons at Pristyn care Bangalore use the best and advanced technology to provide hassle free surgical experience to the patient.

Our Ent Doctors in Bangalore

A mastoid is situated behind the ear which le...

When the bone in your ear keeps growing, it w...

Myringotomy is the procedure where the small ... 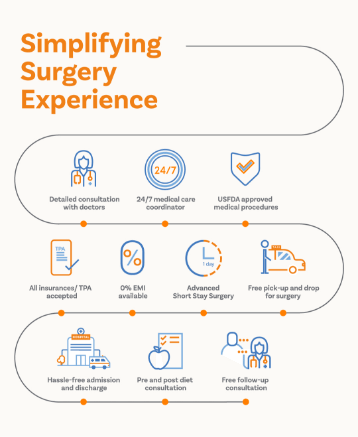 The National Institute of Allergy and Infectious Diseases (NIAID) did a survey to find out the number of people suffering from sinus infections. The numbers have come up really hu Read More...

What are the Surgical Treatments for Sinusitis

Sinusitis is one of the common diseases that are widespread in the majority of the population in India.  According to the National Institute of Allergy and Infectious Disease Read More...

Earaches are common and can occur in both children and adults. An earache may be spontaneous or prevail over a long time. It can be caused due to an infection, other underlying hea Read More...

Otology is the field of medicine which includes the problems of ears, hearing. The field of otology includes the diagnosis and the treatment of cholesteatoma and chronic ear disease, hearing disorders such as otosclerosis, balance disorders, facial nerve disorders, and skull base surgery.

The mastoiditis most often develops as the result of the middle ear infection. The bacteria from the middle ear can travel into the air cells of the mastoid bone. The growing collection of the skin cells which are known as cholesteatoma can block the drainage of the ear which leads to mastoiditis.

The symptoms of the mastoiditis are:

Antibiotics therapy is the main treatment for mastoiditis. If you are diagnosed with the mastoiditis, you may also be taken into the hospital. Antibiotics will be given to treat the infection. Surgery may also be required to drain the fluid from the ear which is known as myringotomy. During the myringotomy process, the doctor will make a hole in the eardrum to drain out the fluid and it will also relieve the pressure from the ear. The doctor may insert a small tube into the ear, so that the hole doesn’t get close and it will allow the drainage. The tube will fall out after 5 to 12 months.

The treatment for the ear problems are available in Bangalore, there are varieties of clinics which are present in Bangalore. The ear problems if left untreated can turn into serious issues. This will make you suffer in pain and then you should go for the solution as soon as possible. If you are suffering from any of the above problems or require these surgeries then you should come to Pristyn Care where the doctor will treat you for these problems. They will make it easy for you to get rid of the ear infections you are having. All of the above surgeries are painless and minimally invasive.